UNOFFICIAL DOCTOR WHO: THE BIG BOOK OF LISTS… Because Who Doesn’t Love Doctor Who! – Book Review 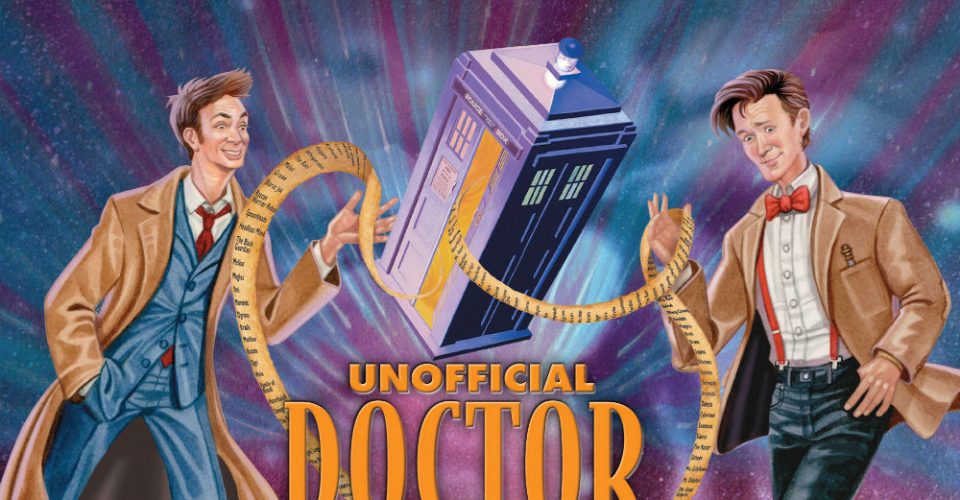 McEwan, creator of the popular website Blogtor Who, is a formidable compiler of lists, and this unofficial (they almost always are) collection of some taken from the site and some specially created is good fun, whether you’re a classic series (1963 – 1989) obsessive, a devotee of the new Who (2005 – ) or just love lots (and lots) of trivia. 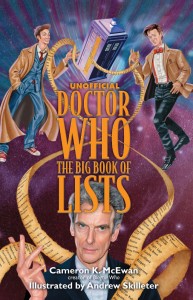 Assembled under chapter headings (‘Characters & Companions’, ‘Production’, ‘By The Numbers’ and so forth), concluding with several quizzes and with variable illustrations by Andrew Skilleter, this has intriguing highlights that include: ‘Top Ten Most-Featured Companions’ (Spoilers: Jamie is Number 1, not Sarah Jane Smith); ‘Doctor Who’s International Filming Locations’ (such as Paris, Amsterdam and Seville for the classics and New York, Dubai and Trogir, Croatia, for the new stories); ‘The Height Of The Doctors’ (Spoilers: Jon Pertwee and Tom Baker both hit 6’2”); ‘Agatha Christie Stories Referenced In ‘The Unicorn And The Wasp’” (the acclaimed 2008 episode); ’16 Underappreciated Classic Doctor Who Stories’ (The Ambassadors Of Death, The Leisure Hive, The Greatest Show In The Galaxy and The Pirate Planet controversially rub shoulder with the Paul McGann-starring 1996 TV movie and that goofy 20th Anniversary knees-up from 1983, The Five Doctors); and even Witty Little Knitter, in which the many uses of Tom Baker’s legendary scarf are detailed, including the time he and Sarah tripped nasty old Eldrad in her final classic story, The Hand Of Fear.

Up-to-date enough to include The Day Of The Doctor and Peter Capaldi’s first series (a dashing-looking Capaldi blessed McEwan’s book by being happily photographed with the author), this is considerably more readable than Who tomes penned by other, less humourous and rather bitchier fans, and reminds you why you’ve always loved the show… WHAT??? WHAT DO YOU MEAN??? YOU DON’T LOVE DOCTOR WHO??? THAT’S IT!!! GET OUT NOW!!!