Utter: Stories Told By A Ghost, A Book And A Room ~ Interview 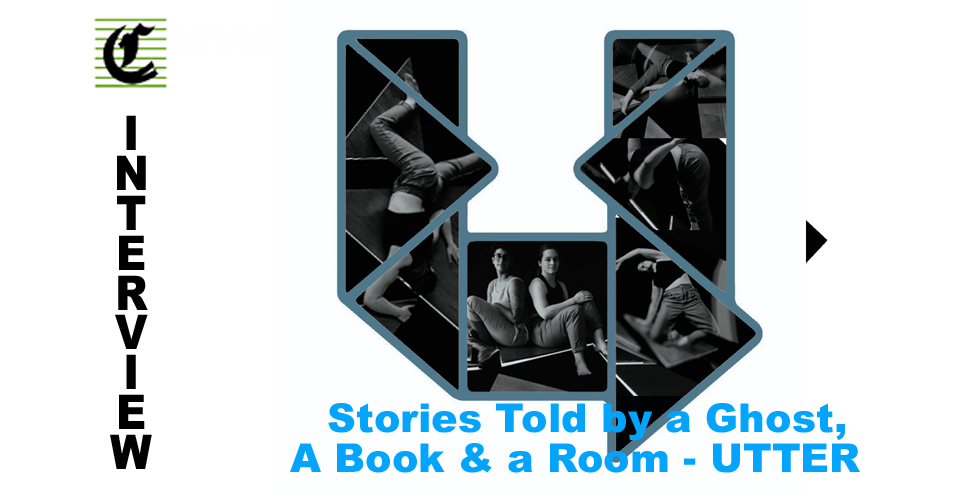 Utter: Stories Told By A Ghost, A Book And A Room was first presented in Adelaide Fringe 2021 and is playing again at Nexus Arts Venue as part of Illuminate Adelaide. We are therefore republishing an interview with Iran Sanadzadeh conducted for the Fringe.

Adelaide Fringe brings us a range of shows from the usual comedy, cabaret and music, but also includes programs that are more experimental in nature. One show from the Adelaide College of the Arts marries interactive technology, modern dance and new music to follow the story of Philippa Cullen, an Australian pioneering dancer.

We chat with Iran Sanadzadeh about Stories Told By A Ghost, A Book And A Room, and begin by asking her how the idea for the show came about:

“I developed some pressure-sensitive floors which play music as you tread on them in 2015 and over the past years, have been refining how I use them. After talking with Cazna Brass about a way we could merge new technologies, I talked with Dylan Crismani about a new aesthetic for composition that combines our individual styles and with Sebastian Collen about expanding the use of the floors, which we designed together. We were trying to find a place where we all could meet as creators. I told them Philippa Cullen’s story and her significance to me, we went to the Special Collections at the Barr Smith Library and looked at her manuscripts, and the show was sparked there.”

Who was Phillipa Cullen and what do we need to know about her story?

“Cullen was a visionary Australian dancer, choreographer, experimental artist and designer. She spearheaded building new technologies for dance in the early 1970s with a range of large Theremins, pedestals, her own pressure-sensitive floors, and many other instruments she and her collaborators built. She was really interested in the way electronics could be used to help us expand the potentials of dance, liberating dance from a pre-organised music that is played to the dancers, and she really questioned a lot of deep concepts about movement and performance. She tragically died young at the age of 25 and has only been known to a small circle of people outside of her collaborators.

“We should know about her because she is a pioneer in both music and dance in Australia and globally, she did a lot of work that predates the formalisation of areas of research like movement and computing and what we call interaction design now. Her period of work is quite brief but the potentials for exploring her ideas further and continuing them is large. Also, despite her death in 1975, many of her ideas are still quite innovative by today’s standards.”

What can people expect to see and hear in your show?

“People can expect a new form of interaction between sound and dance, with interesting textures made from Cazna’s movements and from her interaction with Derek Pascoe. The pressure-sensitive floors are always in dialogue with her and will let people really question what dance and music can mean. The audience will see a glimpse of a new form growing.”

What was the process you used to create this show? Did you work collaboratively from the outset, or did one discipline begin the process then invite others to join in?

“I knew I wanted to follow Cullen’s ideas and see where they could lead us and I knew I wanted to work with these folks. We started collaboratively from the outset by going down to the archives and trying to piece together Cullen’s work from her notes. Once we had a concept, we each took points from each other and went to work on our section. For the past few months, we’ve been working multiple days per week all together to bring the different mediums to create the full work.”

How long did it take to put the show together?

“About six months together, with periods of intense collaborative work and times of individual development. There was the same length of time in discussion, archives and conceptualising prior to that as well.”

Has it been a smooth process bringing the concept to fruition?

“It has been a challenge to rethink what performance would mean. The floors and our work together mean that we have to question fundamental aspects that we have all come to rely on in our individual practices. I think because of that, this has been a particularly intensive work to develop and has required a lot from each of us. Plus, we’ve developed a lot of technological features in the process. Especially Sebastian, who has been the technological hero of this project. It has been like solving a very complex puzzle, which has been really rewarding, but quite demanding.”

What have you learned about your own art form by working with the other artists involved in this show?

“It has made me realise what how many aspects of collaboration are made easier when you have a clear framework and an underlying base for your work. Before this project, I took the floors for granted quite a bit, thinking they were a simple enough tool to use. But I had been the only person who’d spent a lot of time playing them. Now I have realised how much more you need to make room for when you collaborate between different disciplines. I have also learned how much my artform, which is music played with these floors, needs to learn from dance.

“My own approach to playing the instrument has changed and I have learned a lot from working with Cazna on different strategies of playing the floors. Also, it’s been incredible to learn the different methods to creative development that artists of different disciplines take. I really believe in collaborating across multiple artforms more as a way to challenge and grow your own medium and practice.”

Who has written the music in your show?

“Dylan Crismani has written the material for the music; he and I have created the overall form and interaction.

Do the Utter team intend to work on future projects together?

“Absolutely. We all have wide-ranging skills that complement each other well. There are many more ideas for us to explore together.”

Is there anything else you would like to tell us to encourage us to come along to see Utter: Stories Told By A Ghost, A Book And A Room?

“This show will suit all ages and is the outcome of a year of hard work, with a deep and unique history.”

Utter: Stories Told By A Ghost, A Book And A Room performs at Nexus Arts Centre at 7.30pm from Thu 22 Jul until Fri 23 Jul.

Book at OzTix or click HERE to purchase your tickets.