Riding The Nightmare: Wednesday 13 Walks Through The Necrophaze ~ Interview. 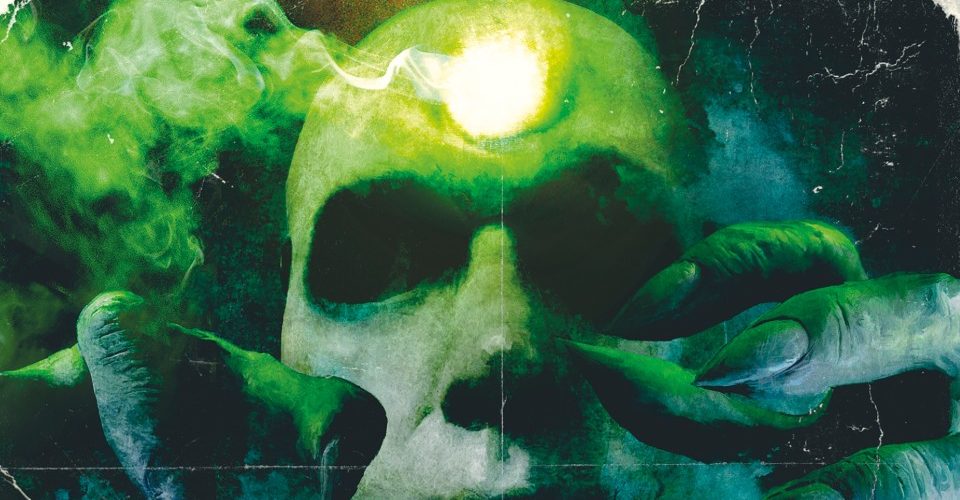 “American shock rockers Wednesday 13 prepare to unleash their latest album Necrophaze to their horror-stricken fans. Produced by Michael Spreitzer of Devildriver and featuring many guest artists, Necrophaze, which pays homage to ‘80s horror films, promises to be one of their best releases.

Returning to Australia, we chat to the ‘Duke Of Spook’ himself about their new album and current tour. We mention that they describe the album as a ‘80s horror film soundtrack, and ask if they have any plans to make a film in relation to this?

“Yeah. Actually, there’s a whole big plan – this record is just a small part. There’s a movie idea that I’ve been working on for about a year that kind of coincides with the title Necrophaze and the character; even though this record isn’t a concept (album) or anything that’s portraying to that. It’s just sort of introducing the character which you’ll see in the videos and artwork.”

The album starts with the song Necrophaze which features one of your idols, Alice Cooper. How does it feel to have him on your record?

“It makes me kind of go, ‘Whoa, I can’t believe I got Alice Cooper on this!’ so it’s definitely an honour to have him on one of our recordings. He’s been a friend for years and years and he’s taken us out on the road with Wednesday 13 and Murderdolls over the past 10-15 years so he’s been a supporter of what we do and to get him on this record was perfect timing.

“I think it’s the best Wednesday 13 we’ve done in a while. It’s a return to form but with some new tricks up our sleeves like a supercharged Frankenstein: remove the abnormal brain and put a better abnormal brain in there.”

Next up is BYOB (Bring Your Own Blood) which is the main Vampire-themed party track of the album inspired by ‘80s horror.

“There was always some kind of party in these films. So this is sort of the party where people go to make out but they just make out being dead. This is sort of a ‘Monster Mash’ for this generation. So it’s an all-new party song and yeah – bring your own blood!”

Zodiac, the next song, is one you’ve been teasing audiences with already. I’d love to know what kind of books you’ve been reading lately. There’s a distinct serial killer theme here.

“Not necessarily. The Zodiac Killer I’ve had that book since I was a boy! Actually, I’ve had a lot of these books as a teenager; everything from Charles Manson to John Wayne Gary to all your basic ‘Mount Rushmore’ of infamous serial killers. But Zodiac was definitely the most interesting. People go, ‘Who’s your favourite serial killer!?’ I mean, I don’t have a favourite murderer; I don’t have a favourite war or anything like that. They’re just people that stand out over time.

“And, not to praise the Zodiac killer or anything, but his methods were just so unusual and so ‘horror movie vibe’. You know, he’d murder someone and then send a note to the police that said ‘Catch me’. I’ve always found the story interesting and the David Fincher movie was super cool as well. It fit the music so now we have a Zodiac song.”

Moving onto Monster; is that Christina Scabbia I hear singing harmonies in the chorus?

“Oh yeah, she’s high on that one. When she comes in on those parts it sounds so cool. It’s exactly what I’ve hoped it would be and more. I only asked her to be a part of the record and she sent back her parts, I knew it’d be cool but I didn’t think it was going to be as cool as what it was. So, this song, there’s nothing lyrically that’s trying to stand out or do anything it’s just another killer vibe saying that you created this monster and now you gotta live with it, so it’s sort of a Frankenstein/Gollum/worse kind of song.”

Decompose seems to imply your character’s deep hatred for someone, like you’re glad they’re dead and they couldn’t be deader?

“What better way to say that the only way I’d like you better is if you were deader? There’s no deep meaning behind it and I never have anyone in particular in mind it’s just the visual of someone standing in the rain over this grave with lightning behind them and they’re cursing the sky like ‘God daaamn yooooou!’.”

Be Warned and Hearse. Tell us about how this sets the scene here.

“So that was my friend Jeff (Clayton) from this legendary punk band called Antiseen that I grew up with. When I asked him to do the voice on this I knew he’d be perfect for it. He captures with this southern drawl, kind of Sam Elliot, roadhouse kind of voice/vibe. But the idea came from John Carpenter’s The Fog – in the beginning you have the old captain telling the story by the campfire to set you up for the Hearse and the Hearse.

“As a kid in the little tiny town that I grew up in North Carolina, whenever someone passed away and the hearse was on its way to the graveyard everyone would pull over. There’s an old nursery rhyme that says ‘Don’t ever laugh when the hearse comes by or you’ll be the next to die’. And I kind of thought it would be cool to tell a story about a haunted hearse that goes around on a certain day and picks people up that laughs at it, puts them in the back of the hearse and no one knows where it goes or what’s in the back.”

Tie Me A Noose has a great off-beat rhythm at the beginning. This one seems like a last act of belligerence before death?

“Yeah, I wrote it from the point of view of someone in the ‘Old West’ days and even with their neck in the noose they just go with that Clint Eastwood smile ‘this is gonna happen but not for you’ the ‘I’ll hang but I’ll hang by my own terms’ kind of deal. So yeah, it’s ‘laughing in the face of death’ sort of song. We call it the disco beat with the off-time thing. So yeah, it’s interesting.”

What’s also interesting is the shift in harmony with Life Will Kill Us All. The chords and timbre of the guitars seem reminiscent of Devin Townsend from Accelerated Evolution or Terria eras.

“Oh cool! We’re fans of Devin. I know of his earlier Strapping Young Lad stuff and I know our guitarist Roman is really into Devin so if there’s influence in there at all I’m sure that’s where that came from. So yeah, that’s a super-cool song we sort of came up with last minute when we were writing the record. The lyrics are really saying the only guarantee that we’re born with is that we’re gonna die. So you can live life like it’s miserable or you can live it like there’s no end or today’s the last day.”

“I think ending the album with more of a punk upbeat song was something that was kind of different and like throwing a bone to the old fans. It’s definitely in the vein of the older records in the more punk sound I was doing in the very beginning. The title came from an interview of some band I saw and the guy was like ‘the only way we’re gonna bury the hatchet is with it in someone’s head’ and it made me laugh so I wrote it down and that became the title.”

And the final track, the cover of WASP’s Animal. What inspired you to do that song?

“We’d tossed around a couple of ideas for songs and we’re always listening to WASP on tour when so we were talking about doing a cover our drummer Kyle sent me his demo and I’m like ‘that sounds cool!’. It was perfect to get Alexi Laiho on it from Children Of Bodom since I sang on a cover for their album a few years ago. If we were going to do a cover of it we gotta do it justice so we stuck to the original form of it but it’s modern; we just turned the ‘mean-switch’ up on it and let the music do the talking.”

It’s great to have you back in Australia. I think you’ll enjoy the intimate vibe at The Gov. Are you looking forward to the Adelaide gig?

“Oh absolutely! This’ll be our first time as Wednesday 13 doing a show outside of Soundwave in Adelaide. So that’s exciting. I’m looking forward to seeing what fans we have down there. We’re coming back with Static X so that brings a whole lot of other fans in as well, so it’s a good mixture of older fans and fans that don’t even know it yet.

“It’s our first time in Adelaide so we’re super excited to see everyone we’ve infected with our sickness there: so come out and show us your wounds!”