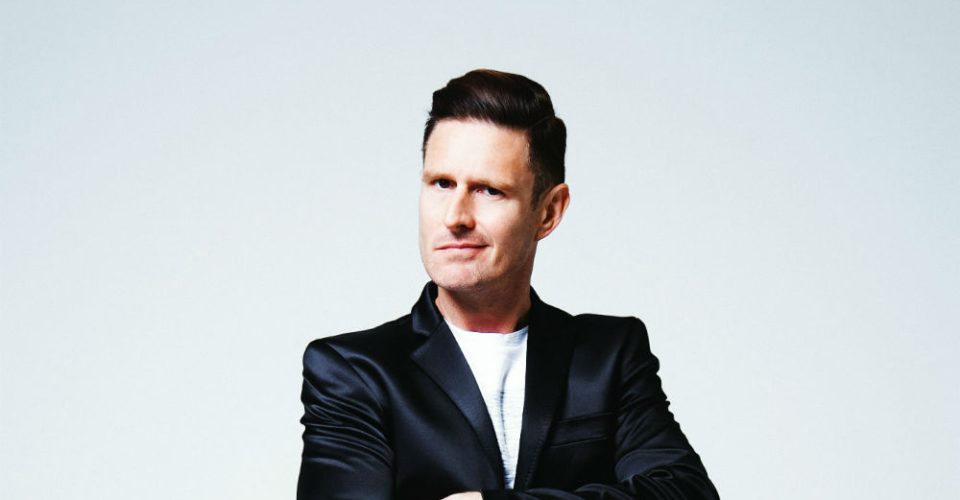 Wil Anderson is one of Australia’s best loved performers. A comedian first and foremost, he has also stamped his mark on radio back in the days when did the morning shift at Triple J and on television with ABC’s The Gruen Transfer which afforded him a Gold Logie Nomination in 2010. But it’s touring the world performing his stand-up comedy of life, political banter, observations and general silliness that he loves the most.

Wil is in Sydney as we speak, gearing up toward filming the final night of his Wiluminati tour which finishes at the Concert Hall, Sydney Opera House, before heading over for the Adelaide Fringe – as he does every year. Presenting the World Premiere of Free Wil, we ask if he is excited to be returning once again.

“Adelaide is always a combination of exciting and nerve wracking; I guess that’s the best way to describe it,” Anderson says. “It’s the place where I always debut the new show each year. It’s kind of the most exciting couple of weeks of the year because I’m creating what I’m going to be potentially talking about for the next 12 months. For example, I started the tour that I have just finished on March 1st, 2014 in Adelaide. The things that I came up with back then, the ideas that I’ve been talking about and the concepts I’ve been dealing with for the last eleven months are all decided in those first couple of weeks in Adelaide. So it’s an exciting time of discovery for the next year.”

Those who have seen you perform in Adelaide will know that there are many times that you don’t get to half your intended material because something else happens or an audience member completely steers your show in a different direction. Having said that, do you have any ideas yet as to what Free Wil is about?

“I literally have no idea yet,” he laughs. “I’ve been collecting piles of ideas along the way, but I can’t start thinking about a new show until the old one is done. If you looked at the ten notebooks on my desk, the whole show is probably in there somewhere, but that’s what my next six weeks will be about; starting to find out what it is and where it’s going.

“Adelaide tends to get more of a casual show – like an audience member derailing things – and the like, firstly because you’re in a f**ken tent and not a theatre [laughs] so it lends itself to that sort of thing, but secondly, the more locked in I get on the show and the things I definitely want to talk about, the less time it leaves for those kinds of moments to happen. In the early days of a show, those impromptu moments have room to breathe and I tend to have more fun with it because I’m not worried about what bit I need to get to next. Adelaide gets some of the most loose and organic shows that you’ll see in the entire tour.”

But you’ve been performing for so long that you could walk out on stage, forget everything you had planned and still have a great show.

“I guess the trick is to work hard enough to make it look easy.” Anderson says. “I did a week at the Sydney Comedy Store just before Christmas with a show called Whatchu Talkin’ ‘Bout Wil? It’s a completely improvised hour; I literally just walk out on stage and the entire show is full of those loose moments. We filmed all six shows and each of them is completely different.

“Of course, Free Wil is going to be a written show,” he laughs, “but I guess after twenty years of doing this, I’m now at the point – if I needed to – I could improvise an hour of comedy.”

Besides TV, comedy and touring, what else do you do with your time? Do you have a hobby?

“Technically, if you consider a hobby to be something that you do for fun, that you don’t get paid for and that you probably spend some of your own money on to do, the closest thing I have to that is my podcasts. It’s a passion project, it costs me money to do and there is no particular reason to do it other than that I just enjoy doing it.

“The main podcast I do is called TOFOP [Thirty Odd Foot Of Podcasts] which has been going for four years,” Anderson says. “There’s around 300-350 episodes where I just hang out with and interview comedians. The other one is called Wilosophy which is a little more serious; I interview interesting people about their life philosophies. I make about three episodes of TOFOP a week which makes up 4-5 hours of free content a week that people can access. It’s a lot of fun to do.”

You’ve been touring a lot to The States. Have they embraced you over there?

“It’s always a great time and they really love the Aussies. If there was one country in the world where having an Australian accent is an advantage, it would be America,” he declares. “Go to New Zealand and they don’t laugh for the first ten minutes because they still hate us for Trevor Chappell’s underarm [bowl] in 1981. Go to England and they don’t laugh because they hate Aussie backpackers and they’re still mad that they sent all the convicts to the most beautiful place on Earth while they stayed [laughs]. But in America, they love us; they love listening to the accent. It must be what it feels like to be Danny Bhoy or Jimeoin; you get a few extra laughs just because of the accent, which is nice.

“2014 was a big year. I did sixteen US cities, performing up to seven shows in each, which was massive, I then did a couple of weeks in Canada and Edinburgh so it was a fairly diverse range of places with lots of different adventures.

“It’s also first time in fifteen years that I’ve done exactly what I wanted to do, creatively, one hundred percent of the time,” Anderson says. “It occurred to me that since I stated at Triple J when I was 25 – and I turn forty this year – that, since then, I’ve never had a year to focus on the thing that I actually do for a living, which is stand-up comedy. Every other year I’ve had television or radio or writing a column; they’re all things that take away from the time I can spend creatively working on the show and making it better. It was really just a year of me doing what it is that I do every single day.”

Maybe you could call your next show Wil Finds Himself!

“Ha! No, I don’t want to over-promise and under-deliver, mate,” he laughs. “I don’t think that I’ve ever found myself; that’s an ongoing process. As soon as you think you have found yourself, the world will move on. It’s probably a fool’s errand. Admittedly, this is not a very traditional life that I live. Many people live their lives in weird and wonderful ways, and that’s what I’m doing. I’m dealing with what comes my way and I don’t worry about things too much.”

Wil Anderson performs Free Wil at The Garden Of Unearthly Delights’ Vagabond from 8.15pm on Mon Mar 2 until Sun Mar 15.