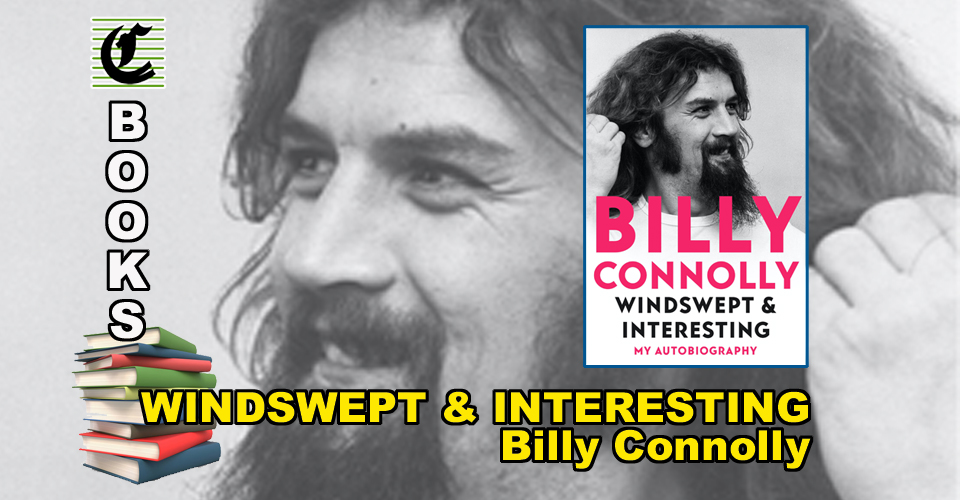 Sir Billy’s proper autobiography (his Tall Tales And Wee Stories three years ago was just a bunch of his favourite jokes) is all over the place in the best Billy Connolly tradition.

But that’s not surprising: not only is this written by a guy who famously went off on tangents aplenty during his live shows, it’s also revealed late on that he didn’t exactly write the thing but, instead, dictated a bunch of thoughts, ideas and memories into an app on his phone and let “my daughters” transcribe it all. The result is vaguely chronological, pleasingly heartfelt, crudely funny and, yes, here and there a bit of a mess.

Still, this describes Connolly’s Glaswegian youth in vivid detail: his wayward Dad and typically absent Mum; the nasty Aunts he had to live with (especially the truly crazy Mona); the feelings of worthlessness such an upbringing creates; and his early attempts to reach out and connect with others.

Finding that people liked him if he told jokes, he became a ‘folkie’ in the late ‘60s and formed The Humblebums with Gerry Rafferty, who was obviously vastly more musical than Billy ever was. And, when the Humblebums split, Gerry went off and had solo hits like the ever-haunting Baker Street and, as part of Stealers Wheel, Stuck In The Middle With You.

Billy found that audiences preferred him talking to his banjo-playing, and so he said goodbye to a career as a welder and fast turned into the Billy Connolly we know and love – or knew and loved, since his days of performing are over due to his Parkinson’s Disease and a brush with cancer.

But, still, don’t feel too sorry for him. After all, he’s still Billy Connolly.