You Am I Plays Spinal Tap: The Majesty Of Tap – Adelaide Cabaret Festival Review 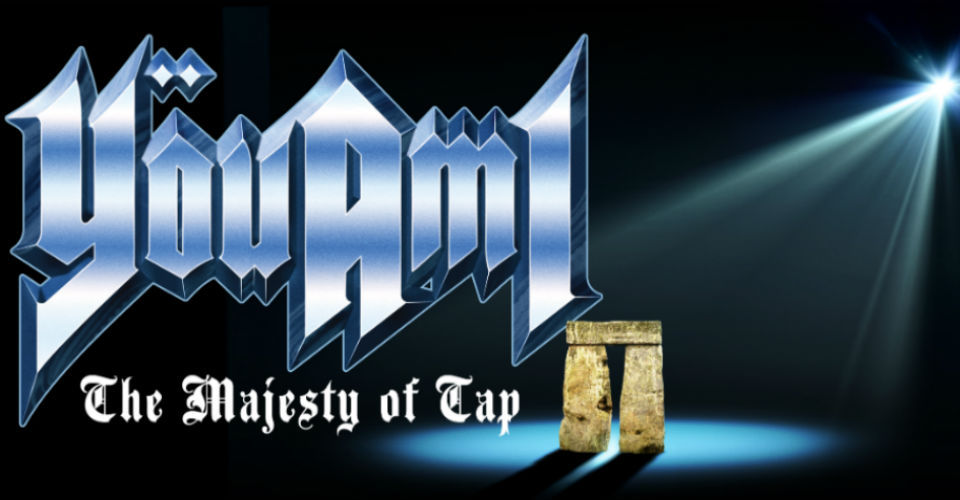 Director Rob Reiner’s, sorry, Marti DiBergi’s fake, sorry, VERY REAL documentary This Is Spinal Tap (1984) has a formidable following, and it took Tim Rogers and You Am I to realise that the band’s legendary tunes had rarely been performed outside the movie. So they set out to change all that and reclaim “the legacy of Tap” after the outfit (David St. Hubbins, Nigel Tufnel, Derek Smalls and a succession of oh-so-combustible drummers) were so cruelly made fun of in that, ahem, VERY REAL doco, and it was a night of mighty emotions, dubious fashions, grandiose guitar solos, fabulously prog-gy pianos and sweet visual gags.

Rogers at times almost wept with the enormous responsibility of reclaiming Tap, and demonstrating that they weren’t as thickheaded as they looked. And, it seems, they weren’t in fact a bunch of actors playing dumb either.

Andy Kent emerged first in a plastic Viking helmet to play a Taptastic keyboard intro and then the band hit the stage, greeted the enormously appreciative crowd and went straight into (what else?) Tonight I’m Gonna Rock You Tonight. The Majesty Of Rock naturally followed before some rather lesser-known tracks (unless you’re a lifelong expert) like Tufnel’s America, which was sung by Davey Lane as Tim strummed away and a background screen presented a hideous montage of Trump, The Brady Bunch and bikini chicks with machine guns.

The ‘60 pre-Tap gang was represented too with Gimme Some Money and St. Hubbins’ and Tufnel’s first collaboration, the wonderfully inane All The Way Home, as well as Tap’s “first foray into homosexual imagery” Rock ‘N’ Roll Nightmare, complete with a giant devil peering from behind.

And where would any Tap-honouring gig be without Sex Farm, Big Bottom and that epic classic with the hoods and the ominously ludicrous spoken word bits? Come on, you know the one!

Despite the glorious humour of it all, Tim and Co. took the actual metally music parts very seriously indeed and, as befitting one of the supposedly loudest bands in the world, it was as ear-splittingly noisy as the Cabaret Festival allowed – and then some. And the crowd responded with such adoration you’d almost think they’d devoted their lives to Tapping and even fully believed that David, Nigel and Derek were real people (and not played by Michael McKean, Christopher Guest and Harry Shearer).

Because those guys might have begun the whole Tap thing with the intention of it all being one big, fabulous mock-gag, but now, make no mistake, Spinal Tap are a real band and a genuine cultural phenomenon, and You Am I played their hits until their fingers nearly bled and the audience’s ears rang (and rang and rang). Yes, last night we were thoroughly rocked (and rolled) last night.

You Am I Plays Spinal Tap: The Majesty Of Tap continues at Dunstan Playhouse, Adelaide Festival Centre, from 9.30pm on Sat 9 Jun until Sun 10 Jun.