YOU’RE ON AN AIRPLANE: A SELF-MYTHOLOGIZING MEMOIR by Parker Posey: Strike A Pose(y) ~ Book Review 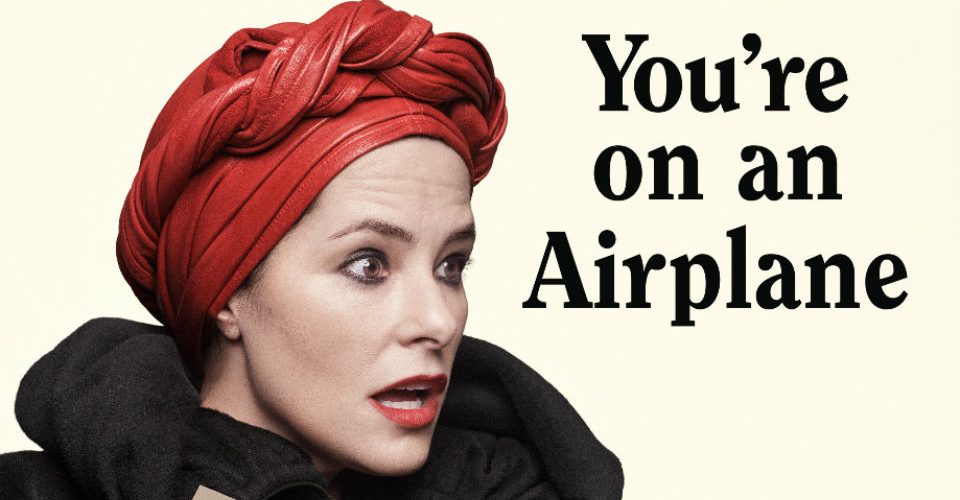 The first autobiographical volume by Parker (yes, her real name), cool ‘Queen Of The Indies’ back in the ‘90s, is a readable if frustrating outing which is more interested in family details and obscure genealogical connections than the movies she’s starred in, ie. the stuff we really want to hear about. Her trademark quizzical voice can almost be heard as you turn the pages, but it’s just not enough. 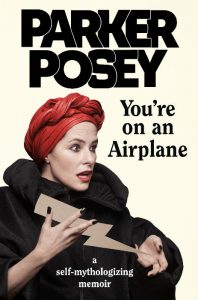 Built upon the thin (and frequently forgotten) notion that she’s sitting next to us on a plane and relating her story (an off-putting idea because it’s a social situation we all hate), this offers some insight into Parker’s life and upbringing that IS moderately interesting: she has a twin brother, a complicated family, her Dad named her after his favourite model Suzy Parker and, like so many arty types, she rather fell into acting by chance and luck. However, virtually every time we think we’re getting close to her discussing her film credits, she suddenly backs away and non-chronologically goes into more esoteric personal information, or when she seems like, for example, she’s going to get into her role in Woody Allen’s Irrational Man, she instead drones on and on about the wrist injury she suffered that could have resulted in her being fired from the production.

here is a nice chapter (a whole chapter!) devoted to her first movie, Dazed And Confused, where she says lovely things about the equally just-starting-out Ben Affleck, Matthew McConaughey and others, and quite a lot concerning her regular parts in Christopher Guest’s beloved series of comic mockumentaries (Waiting For Guffman, Best In Show and so forth) but then we return to her humdrum rellies – or, when she’s particularly stuck for inspiration, the whole daft thing about her being on a plane with you. And, finally, when she devotes the third and final section of the book to her supposedly controversial role as the new Dr. Smith in the rebooted Lost In Space, she spends huge chunks of it not explaining what it was like working on the set or relating hilarious anecdotes about fun times with the cast or silencing her critics, but engaging in dullish reminisces about everything but what we want to actually hear.

And excuse me? Can I be moved to another seat please?