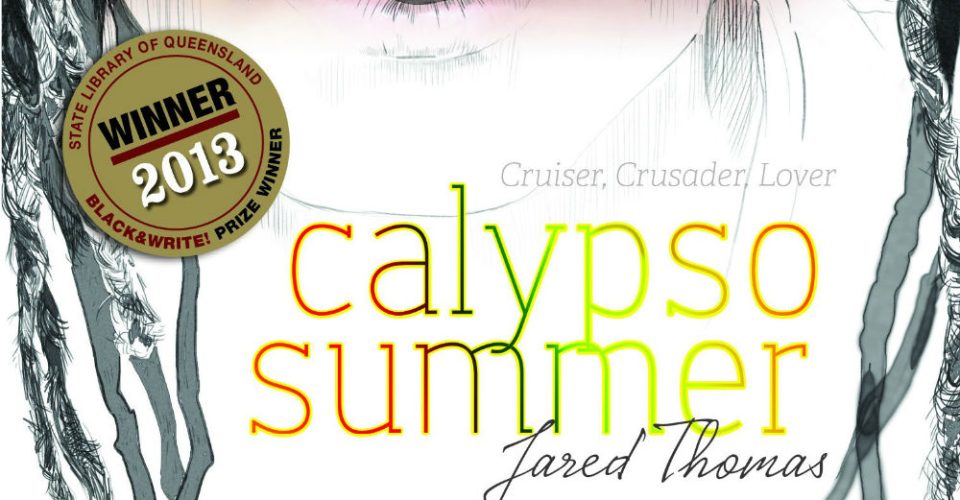 Calypso Summer is a young Nukunu man, fresh out of high school and at a crossroads. He can follow the path his cousin Run is taking, into crime and drugs, or he can try to get a job. Calypso, despite his dreadlocks and obsession with Rastafarian music, is ambitious: he knows the path Run is on will lead to disaster, and Calypso wants more from his life. He wants a job and a girlfriend, and one day, a nice car.

So Calypso decides to look for a job, and in the process faces both casual and overt racism – people see his skin colour and dreads and make assumptions about him. But with a bit of luck on his side, he finds a job in a health food shop in Henley Beach and before too long his new boss has an idea: if Calypso can harvest Indigenous plants and create healing bath oils, everyone will get rich. This starts Calypso on a journey of discovery, back to his ancestral lands and his mob. 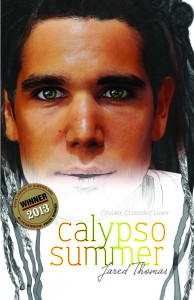 Calypso’s path back to his mob has an unusual impetus – his dubious, gambling, con-artist of a boss – but when he arrives in Port Germein Calypso realises how much he’s missed out on growing up in the city and disconnected from his family. After a somewhat shaky start, he finds a genuine connection with the land and his mob, a connection which he shares with his beautiful new girlfriend, Clare. Everything is looking up for Calypso, but all his hard work threatens to come undone and he faces his toughest challenge yet.

Jared Thomas cleverly weaves themes of belonging, racism and cultural theft into a crackingly-paced story aimed at young adults. Thomas examines what it means to be an Aboriginal person in Australia today and how the desecration of culture and land has, for some, created generation after generation of loss and disconnection. And while this can lead to crime, drugs and desolation, as it did for Run, Thomas also shows that there is an alternative, and that although the attempts to break down Aboriginal culture have been sustained and ruthless, some Aboriginal people have remained strong and connected. Calypso is fortunate to have a family who support him and it is through the strength of his family that he is able to make good choices.

This is a cautionary tale, but it is also immensely uplifting and provides a bright beacon of hope through the character of Calypso – a smart young man who is faced with challenges and temptations but chooses hard work and determination.

With Calypso Summer Adelaide author Jared Thomas has written the book he wanted to read when he was growing up: a story about the things that can go wrong when you do dumb things, but also a story that offers a different, more positive direction for young people. Winner of the 2013 State Library of Queensland Black and Write Prize, Calypso Summer is a story that educates but never forgets to entertain.

To read The Clothesline interview with Jared Thomas, click HERE.