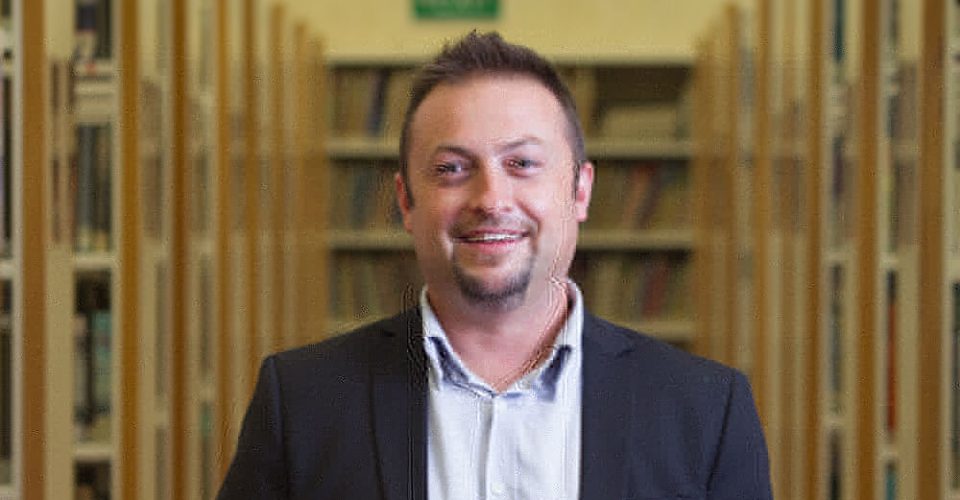 Author, academic and Nukunu man, Jared Thomas will be talking about his new novel Calypso Summer at Adelaide Writers’ Week this year. We sent Jared some questions via email to find out more, and started out by asking him about Calypso Summer.

“From the outset Calypso Summer reads as a simplistic narrative about a twenty-year-old Aboriginal guy who has lived as a Rasta and is struggling to give up smoking pot. However, the novel delivers a deep insight into the workings of ‘race’ and class and the power of culture and the importance of purpose.

“I wanted to write the novel in recognition that many Aboriginal people are disconnected from country and culture as a consequence of colonisation, and are finding their way back. It’s a universal story in that contemporary media mandates who and how we should be and consequently there’s many non-Indigenous people longing for grounding and a sense of purpose.”

Both Calypso Summer and your first novel, Sweet Guy, are coming of age stories about young men. What draws you to these types of stories?

“Things are tough for young people, no matter what their background. They’re bombarded with all kinds of things to negotiate. Teen and early adult years are a hotbed of drama that makes for great fiction. They’re years that people do many firsts like beginning university, being imprisoned, leaving home, being homeless or falling in love.

“There is of course a huge disparity between Aboriginal and mainstream Australia and this is of concern to me, especially the low literacy rates of Aboriginal Australians and high incarceration rates. I strive to produce stories that are relevant to Aboriginal people and assist Aboriginal literacy.

“My motivation for writing this type of work is that my youth wasn’t easy and I wish I had books like Sweet Guy or Calypso Summer to provide a bit of direction or show me what can happen when you do dumb things.”

Reading the story of how you came to writing is inspiring. Your story is powerful because it acknowledges that hard work and discipline are critical to success. Do you agree?

“I grew up in a trust house on the fringes of Port Augusta. My parents are clean living, working people but they had basic jobs. My grandfathers are Aboriginal and my grandmothers come from very working class families, which means our history has largely been one of struggle. Learning of the struggle of my family began politicising me at a very young age.

“When I was about fifteen I watched Roger Bennett’s play Funerals and Circuses, as part of the 1992 Fringe and the play, in combination with my family background, inspired me become a writer. I’d grown up in a storytelling culture so on one level writing made sense. As soon as I realised the importance of writing what I knew of the world, I realised that I didn’t possess the skills to write and I’d have to work hard to acquire the skills to do so.

“I don’t think my story dispels the myth that writers are born inspired, rather it demonstrates that inspiration is required to do the hard work. The challenge for writers is knowing what to write, how to write it and doing the work.”

How would you assess the health of Aboriginal literature in Australia as at 2015?

“The flood gates really opened for Aboriginal writing following the release of Sally Morgan’s My Place in 1997 and now with the critical and commercial success of writers such as Anita Heiss and Alexis Wright, there is so much more interest in Aboriginal writers than fifteen years ago. Aboriginal authors and filmmakers continue to win the highest awards for their work and I’m extremely fortunate to be writing at a time when so much innovation and success is occurring.”

What can readers expect from your Adelaide Writers’ Week event?

“Toward the end of 2014 I was a guest of the Ubud Writers and Readers Festival and the Goa Arts and Literature Festival but I am most honoured to be invited to be a guest at AWW. Hometown recognition is the best recognition, and Adelaide Writers’ Week is the event that authors most want to be invited to.

“Readers will hear about my personal and professional life, the issues that concern me, and how they drive my writing. I’ll talk about how I strive to develop strong narratives and characters that have integrity in order to avoid my work becoming didactic.

“I’ll also speak about my writing journey which started with my play Flash Red Ford, being performed in Kenya and Uganda in 1999, and more recently Calypso Summer receiving numerous knock backs before it won an award and last year listed in iTunes Best Books.”

What do you enjoy most about writing? Can you tell us about your process?

“I enjoy the peace I experience when writing, and with the upcoming release of my fourth book, Songs That Sound Like Blood, knowing that there’s a developing interest in my creative and political expression.

“Releasing a new novel is a rush. It’s exciting waiting to hear reader feedback, to see if I’m hitting the mark.

“My process includes developing a story and characters in my mind for a long time, talking about it with others, chewing the fat regarding any sensitivity inherent to the story (I generally don’t write easy subject) and then after some months of contemplation, beginning the plotting and writing process.

“My first novel Sweet Guy, inspired by the Paul Kelly song, was written in less than a year, in the front bar of the Earl of Lester Hotel in Parkside on a notepad (not the electronic kind).

“I wrote my second novel, Calypso Summer, on a laptop and it took years, way too long. In the last ten months I wrote Songs that Sound Like Blood. I was able to write it so quickly because I reverted to freehand writing. Freehand writing means that I can move with the flow of thoughts and not be tempted to edit as I would when word processing. The transferral from freehand to Word document means there’s a more considered editing process that occurs too.”

These days writers have to wear many hats – they often hold down day jobs, do their own publicity and social media. How do you juggle the many hats you have to wear?

“My partner, Ruth, is an activist and a teacher and we have two energetic daughters. My writing, and addiction to surfing, can detract a lot from the time I spend with them so planning and negotiation is essential.

“I live in Willunga so use the long train trip into town to write. Most of Songs That Sound Like Blood, was written on the train, flights or trips to the country when Ruth was driving.

“I know it’s not very rock‘n’roll but as a parent, a professional and novelist I’ve found that planning enables me to get things done and actually leaves more space for spontaneity.”

What is your next writing project?

“I’m in the process of working through Songs That Sound Like Blood, with the incredible writer and editor Ellen van Neerven. It is about a young Aboriginal woman that wants to be a recording artist and the exploitation that can occur within the music industry. It’s also a comment on the importance of providing opportunity for people to undertake tertiary study independent of their wealth.

Once that book is completed I’ll begin writing another which, for now, I’m calling You’re Going To Know My Name, inspired by the Gary Clarke Jnr song Bright Lights. The story explores the issue of contemporary Aboriginal child removal and the seductiveness of drugs and crime.”

Jared Thomas and Peter Walker present Some Summer on the West Stage in the Pioneer Women’s Memorial Garden as part of Adelaide Writers’ Week from 10.45am on Sun Mar 1.